In Service to Humanity

Ek Onkar Sat Naam. There is but One God. True is His Name.
For the Sikh community, the prayer starts and ends with “Sarbat Ka Bhala” i.e. “Welfare of All Mankind”.

Pahariwala Gurdwara, Greater Kailash-I and has been operating under its auspices and patronage since its inception for over twenty years.

With the blessings of Waheguruji The Pahariwala Gurdwara has now become a well known landmark in Delhi and along with it the roots of the School and the Medical Centre that were dreamt of by the Gurdwara Management Committee in the 70’s have become a reality. The School provides education to children up to CBSE 10+2 and the Medical Centre is presently providing OPD (Outdoor Patient Department) facilities to all alike. 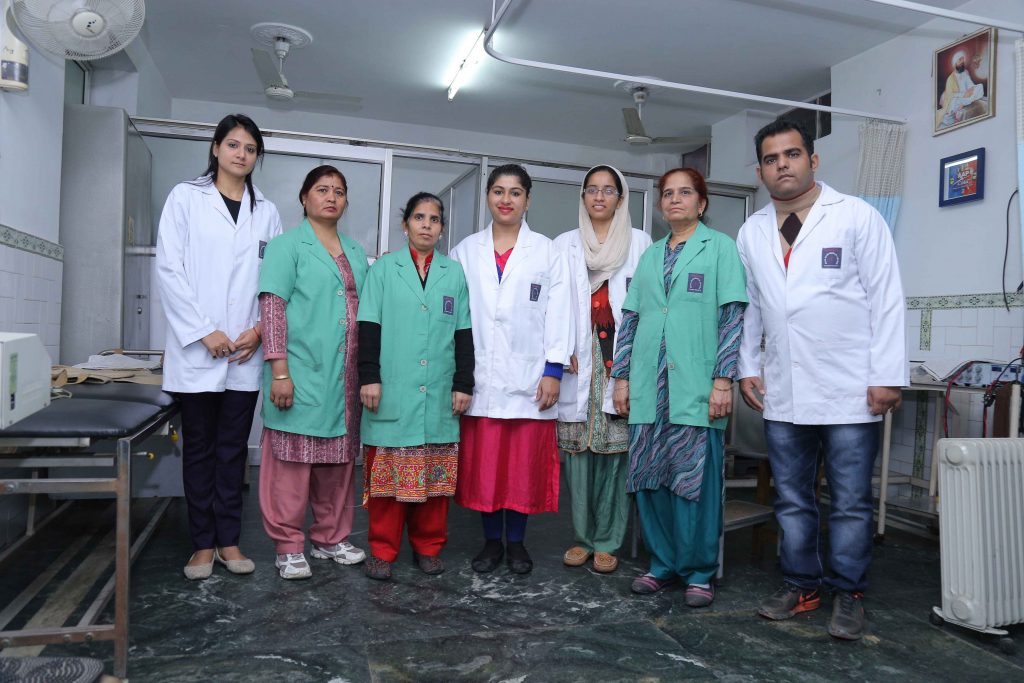 It was decided to name the two institutions after the name of Mata Gujri who was the consort of the ninth sikh guru, Guru Teg Bahadur and mother of Guru Gobind Singh, the tenth sikh guru and grand-mother of his four sons. Mata Gujri is known for her spiritual righteousness, human dignity and sacrifices, care, love and devotion to the poor and all alike and dedicated her life towards them.

In the 80’s about 30 persons from the Gurdwara Management started making a voluntary monthly contribution of Rs.200 to Rs.2500 per month towards medical treatment of the poor and in maintaining and establishing a Medical Centre Dispensary. With the passage of time the Gurdwara started generating more income towards this end. The Sangat started making large cash donations and also donated costly medical and hospital equipment and the Medical Centre started growing. All this time the Medical Centre was located in a small basement structure with basic medical facilities..

The Mata Gujri Medical Centre is a charitable Medical Centre, which has grown over the years. While the Medical Centre was started on a small scale for the welfare of the poor people who could not afford costly doctors, it served as a magnet of service where well meaning residents started thinking of improvements through donations.

Then came the offer in the millenium for construction of a new Medical Centre Building by a Foundation. The Medical Centre was temporarily shifted and a new Building was constructed that started functioning from April 2002. 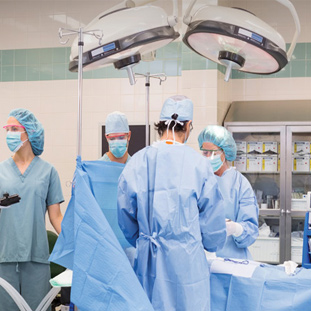 able doctors almost thirty years ago, the Medical Centre now provides Outdoor Patient Facility (OPD) in the Departments of General Medicine / Gynae / Eyes / Orthopaedic / Surgery / Skin / Dental / Physiotherapy / ENT / Homeopathy / Chest and Radiology etc. Anywhere between 500 to 600 outdoor patients visit the Medical Centre daily from 9:00 AM to 1:00 PM. These patients are attended, examined and provided treatment from a panel of 50 or so doctors who are competent, qualified and specialists in their respective areas. In addition the Medical Centre also provide services and facilities in Radiology (X-Ray), Pathology Lab, ECG and Ultrasound, Cataract Surgeries etc.

While the Medical Centre has a minimal registration charge of Rs.20 per patient, it also maintains a pharmacy and dispenses free medicines of almost Rupees One lakh per month to the needy. Subsidized rates are charged for other services such as in Pathology, X-Rays, ECG, Ultrasound, Physiotherapy, Cataract Surgeries, etc.

The Mata Gujri Medical Centre also has the honor of hosting several free medical camps requested by outside agencies for general and specialized check ups, which have been facilitated and coordinated by its staff.

This Medical Centre was principally established towards a noble cause to serve the poor and all-alike residents of South Delhi and is essentially meeting its objective.

The success of the Medical Centre lies behind the medical fraternity who have devoted several years of selfless service in guiding the management and treating the poor and needy, particularly those who could not even afford the treatment. The Gurdwara management also greatly appreciates the services of all others who have been instrumental in providing excellent and outstanding support and supervision in administering the facilities provided at the Medical Centre. The Gurdwara and the Sangat are fortunate to have such dedicated individuals and others who have devoted their time and effort in the service of the Humanity. The Gurdwara is also fortunate enough to receive large donations in cash, kind and materials for the Medical Centre.

The basic effort in establishing this set up is Service of Humanity, particularly to the poor patients and needy.

It is the vision of the Management to develop the Mata Gujri Medical Center (Day Care) into a fully fledged small sized Indoor-Outdoor Charitable Hospital with state of the art medical equipment, facilities and services that can be offered with full patient care towards Service of Humanity.

About MGMC
As many of you may know the Mata Gujri Medical Centre is located in an independent building in the precincts of the Pahariwala Gurdwara, Greater Kailash-I and has been operating under its auspices and patronage since its inception for over twenty years.
Browse More
STAY IN TOUCH
Gurudwara Sri Guru Singh Sabha
Greater Kailash-1,
New Delhi-110048

Designed and Developed By